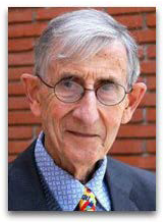 “Climate change is part of the normal order of things, and we know it was happening before humans came. Just because you see pictures of glaciers falling into the ocean doesn’t mean anything ‘bad’ is happening. This is something that happens all the time. It is part of the natural cycle of things. The idea that global warming is the most important problem facing the world is total nonsense and is doing a lot of harm.”

Here, Dyson, it seems is playing the role of the big picture view scientist. Firstly, according to models of an standard textbook on "global biogeochemical cycles", element cycles, e.g. carbon cycles, nitrogen cycles, etc., move in 10,000+ year cycles, or something to this effect, and global temperature changes accordingly with these 10K year cycle periods. Most of modern day Europe, 7K to 18K years ago, was covered in a vast sheet of ice.[2]

Secondly, we know from the 1912 supercontinent theory (Pangaea) of Alfred Wegener, originally stated originally by Robert Hooke (1697), and ruminated on by Alexander Humboldt (c.1800), that the continents form and reform every 400M years. Thirdly, based on stratified fossil evidence, in mountain and mining layers, that volcanic activity cause these super-continents to rise and turn over, and to reform, presumably accompanied by large global atmospheric warmings and coolings. Fourthly, we know that all land-dwelling animals — including amphibians, reptiles, mammals, and birds — follow a mass extinction cycle of about 27M years.[3]

In other words, what Dyson is saying is that it is "anthropomorphic", and hence bad science, to argue that invention of the steam engine by Denis Papin (1690), and the 300-years of natural fuel burning to follow, is somehow now the main "cause" of temperature change of the earth, seen in the last century, when faced with the facts of grand scale 10K-year CNO cycles, 30K-year ice age cycles, 27M year mass extinction cycles, and 400M-year pangea turnover cycles; and particularly bad to claim that “Global Warming Began in 1988”, so says NASA and the New York Times.

The following are quotes:

“The tree of life becomes more diverse as it evolves… Whether [evolution] has a purpose or not… I wouldn’t be dogmatic. We certainly don’t understand whatever purpose it may have, but to deny the existence of a purpose seems to me as foolish as to believe that it has to have a purpose. I would say, we’ll wait and see. Maybe it does have a purpose. Maybe we’ll create a purpose. I think it’s foolish to preach about questions like that.”