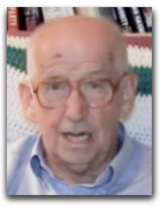 In 1990s, Rogers began to collect a so-called “shoe box” philosophy, of his ideas about things, among which he arrived at the idea that came up with that life is something that does not exist, when he “reasoned that there was no difference between life and non-life and that the perceived difference was due to a difference in complexity.”[2]

On 28 Sep 2010, Rogers registered the domain LifeDoesNotExist.com with GoDaddy.[3]

On 20 Aug 2013, according to WB archives, the site was active, with text explaining Roger's view or belief that "life" is a thing that does not exist.

In 2016, Rogers was invited, by Libb Thims, to present a talk on his theory that "life does not exist" at the 2016 Biophysical Economics Conference, Washington, DC; he, however, had a surgery, which disabled him from attending the conference. In place, a home video was made. The video was first debuted on the Human Chemistry 101 channel, precursored with introduction commentary by Thims and Inderjit Singh, who happened, coincidentally, in Chicago, visiting Thims, and published on YouTube.[1] In addition, some of the video was presented at the conference, at the end of Thims' talk entitled "Lotka's Jabberwock: on the ‘Bio’ of BioPhysical Economics", at the 7th BioPhysical Economics conference.[4]

The following are quotes by Rogers:

“Life does not exist in the sense that ‘life’ is not absolutely different from ‘non-life’. The difference between life and non-life is like the difference between plants and animals. A recent article in the proceedings of the National Academy of Sciences reported that bacteria locked in Antarctic ice for 100,000 to 8-million years resumed growing when given warmth and nutrients. Could they have been alive for all that time? Could any life processes been going on for that period? If not, can a living thing spend an intermittent part of its life as a non-living thing? I think this is incongruous with life and non-life being absolutely different. During the frozen period all the conditions for life, including the DNA existed, but life did not exist. More commonly many seeds remain viable for many years under certain conditions. They go through a life cycle in part of which they are not alive. Can a living thing be not alive during part of its life?”

“I am interested in how people will ‘react’ to the idea that the difference between life and non-life is only a matter of complexity. I also believe that when we are able to transmit human intelligence to a machine, machines will then produce entities far superior to humans and we will be irrelevant.”

“I don't know in what year I came up with the idea. It came about by realizing that what we call life can go through periods of being non-life-a seed being dormant for hundreds of years. Life, such as tobacco molds can be produced from non-life. It then appears that the difference is complexity rather than something intrinsic. I do not believe a hydrogen atom is alive.”

“The question of life emerged in the obtuse reasons for the beginning of life in biological and evolutionary studies. My studies in biology exposed me to arbitrary descriptions of life and I concluded that ‘life’ and ‘non-life’ were essentially the same. I concluded then that there were no essential differences between ‘life’ and ‘non-life.’ It also appeared that the perceived difference was complexity. Old Faithful has life-like movement but is easier to understand than a paramecium.”

“Life I think is still think is a useful term, in the same way that we have plants and animals. We’ve used it so often, it’s probably a good thing to keep using that as a term? What are some of the consequences of thinking this way? Is ‘life’ worthless, because we don’t think it’s any different from ‘non-life’? I don’t think so. If you were building a fireplace, and you were building a fire, and somebody gave you a Stradivarius violin[8], I don’t think you would throw it on the fire?”