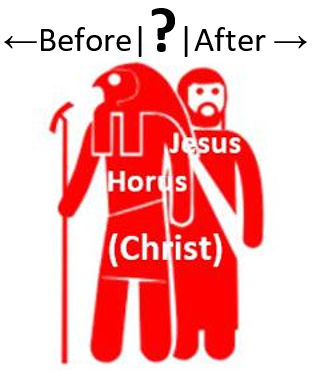 The gist of the Dionysian calendar, namely in 525AD, when Christianity had become a popular religion, Dionysius Exiguus, renamed the "AD" notation, in Easter Tables he was editing, then dated "Anno Diocletian", dated to the start of the reign of emperor Diocletian (284AD), to "Anno Domini" (AD), the year of the birth of Christ, approximated to "535 years" before his time, which can now only accurately be defined as "415 years" before his time, per the evidence of the silent historians (e.g. Tacitus, 110AD).

In dating systems, Dionysian calendar (LH:5), aka “Dionysius calendar”, BC/AD system, or “Anno Domini dating”, refers to the calendar scheme devised by Dionysius Exiguus in 525AD that dates things to before and after the birth of Jesus Christ.

The year Dionysius picked for the "year of Christ" (1 AD), for which left NO methodology, was basically ball-parked to the midpoint of the reign of Caesar Augustus (27 BC to 14 AD). Correctly, according to the silent historians, there is NO cultural published reference to any "Christ", Jesus, or Jesus Christ until the second century; moreover, even in the third century, reference to Jesus were still being cited as him being half-animal / half-human, such as shown adjacent.

The following are quotes:

“The story of the BC/AD dating system is surprisingly murky, given its significance to the modern time schema. AD came first, but it did not appear in the first years or even centuries after the death of Jesus. In 525 AD, facing the end in six years time of a 95-year Easter table attributed to Cyril of Alexandria, a monk from Scythia Minor (present-day Romania) known as Dionysius Exiguus worked out a new Easter table. His innovation was thoroughly pious. Rather than date his cycle in Diocletian time, he recommended marking the time ‘with years from the incarnation of our Lord Jesus Christ’, to distinguish it from the ‘memory of an impious persecutor of Christians’. Therefore, instead of beginning with year 248 of Diocletian, he opened his table with 532 AD. Since Dionysius did not say how he arrived at 532, the reasons for his dating remain a subject of lively controversy.”

“The table devised by Dionysius began at 513 AD which was 229 years after the start reign of Diocletian[2]. He marked the first 229 years as ‘Anno Diocletiani’. Then at 532 AD he changed the acronym to mean ‘Anni Domini nostri Jesu Christi’. His table ends at 626 AD with no reference to the reign of Diocletian.”

“ Herod died in 3BC, years before the supposed birth of Christ. Dionysius was clearly wrong; today most scholars believe that the birth of Christ was in 4 BC. Dionysius was a few years off. In truth, this mistake was not so terrible. When choosing the first year of a calendar, it really doesn't matter which year is chosen, so long as everything is consistent after that. A four-year error is inconsequential if everyone agrees to make the same mistake, as, indeed, we have. But there was a more serious problem with Dionysius' calendar: zero. There was no ‘year zero’. Normally this would be no big deal; most calendars of that day started with the year one, not the year zero. Dionysius didn't even have a choice; he didn't know about zero. He was brought up after the decline of the Roman Empire. Even during the heyday of Rome, the Romans were not exactly math whizzes. In the year 525, at the start of the Dark Ages, all Westerners clung to the clunky Roman style of numbers, and there was no ‘zero’ in that counting system. To Dionysius, the first year of Our Lord was, naturally, the year I. The next year was year II, and Dionysius came to this conclusion in the year DXXV.”